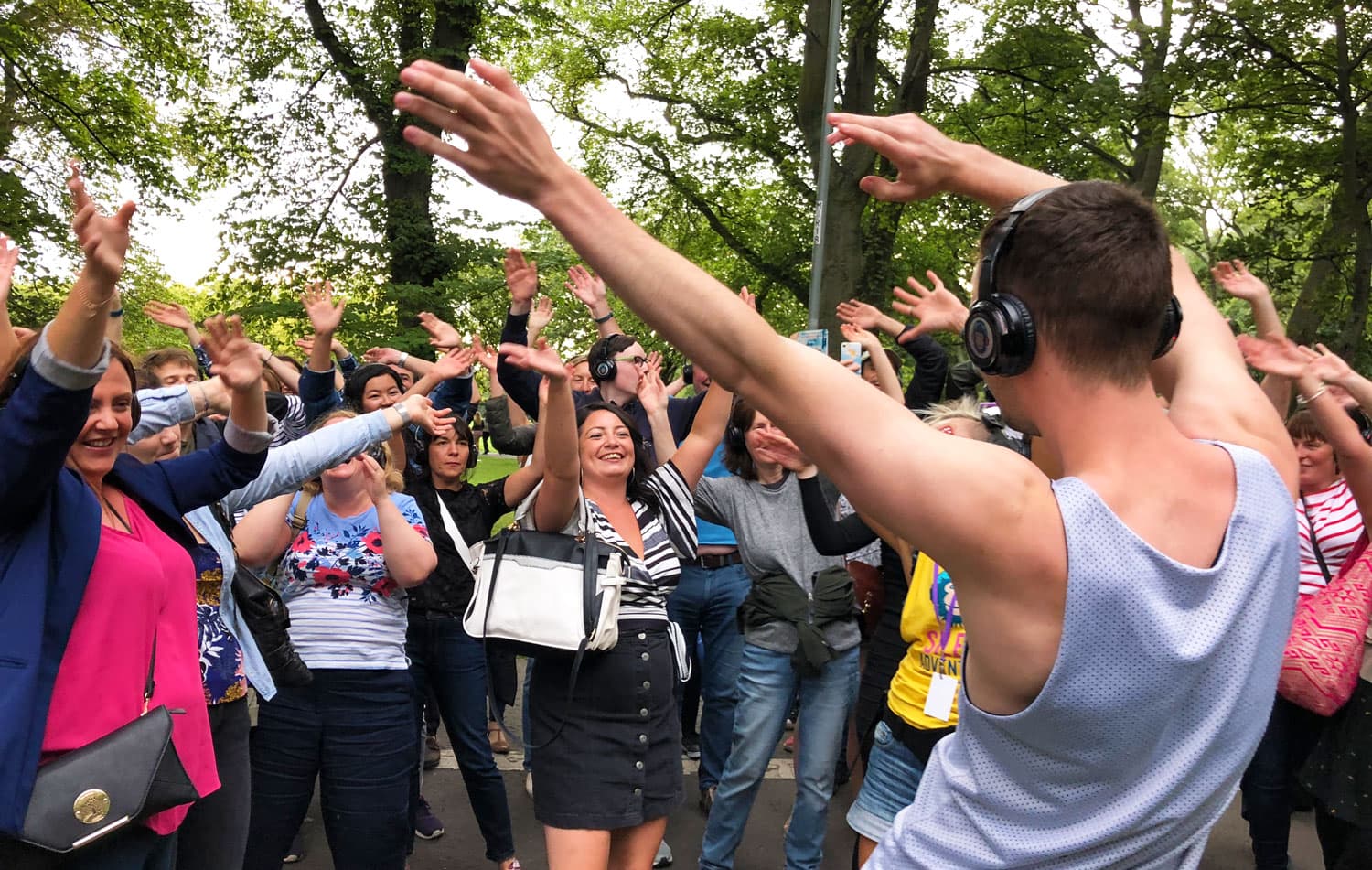 Disco folk, listen up! Summer is around the corner, our headphones are fully charged and the London team are ready to hit the festival scene by storm!

This June, we’re teaming up with Attic Arts Club and taking our Silent Disco Tours to Crystal Palace in South London. Crystal Palace has so much to offer and the Attic Arts Club programme is looking incredible; we’re super excited to be a part of the action. On an adventure through Crystal Palace park, you’ll sing your hearts out, dance your disco socks off and party amongst the picnickers, as they look on in awe and jealousy. What’s not to love?

In July, we’ll be packing up and heading to the historic town of Bedford to show them what we’re made of. Bedford Fringe Festival is filled with super exciting shows and activities and a tour with Silent Adventures is not to be missed off your hitlist. As we journey through the beautiful streets of Bedford, we’ll be bringing a slice of silly to the locals and showing them how to really through a disco party. The Bedford gang better get limbering…we’ll have you doing the cancan down the canal in no time!

Grab your tickets for both festivals now at the links below:

And for those up in Edinburgh this August, our Fringe 2019 silent disco tour tickets are out now!