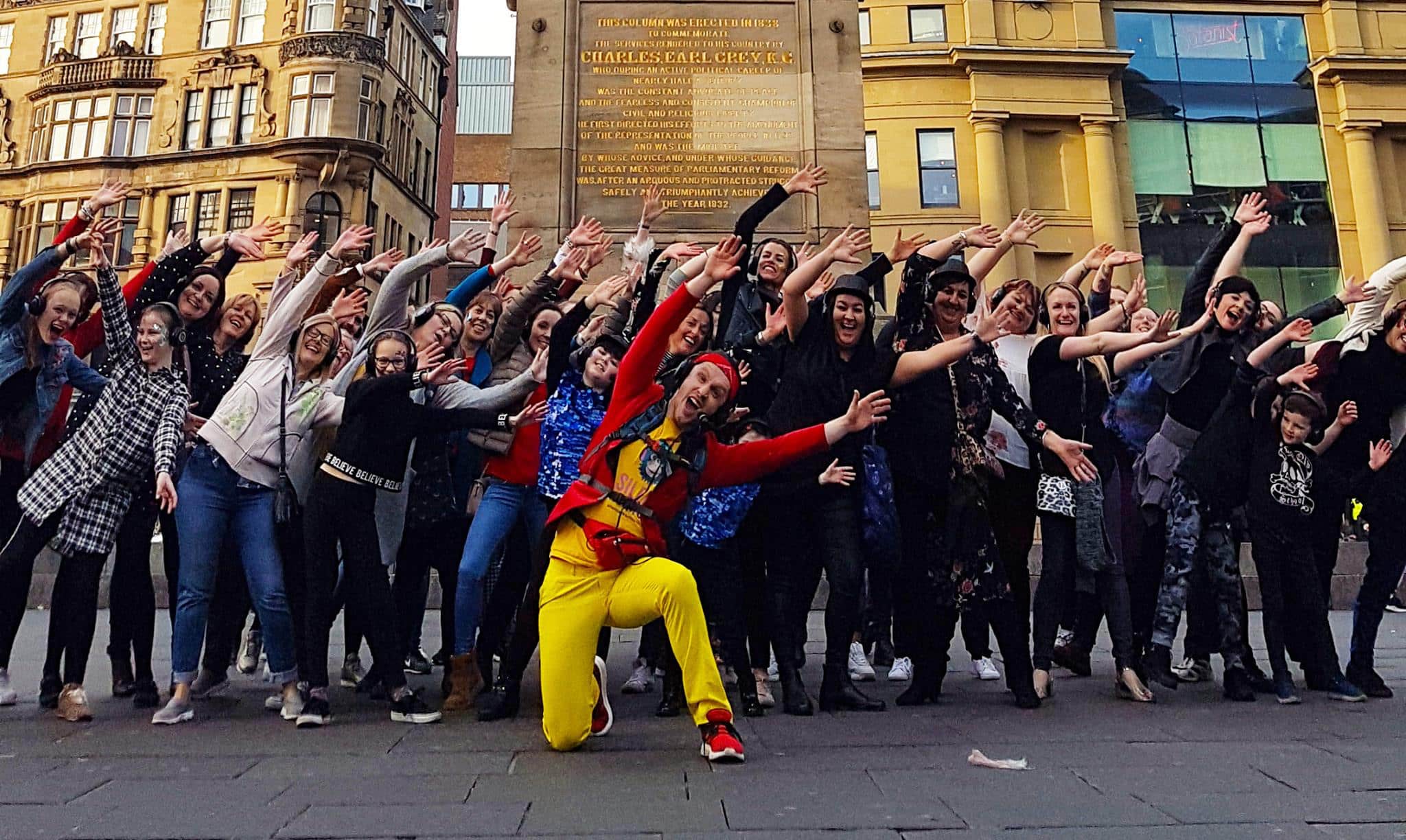 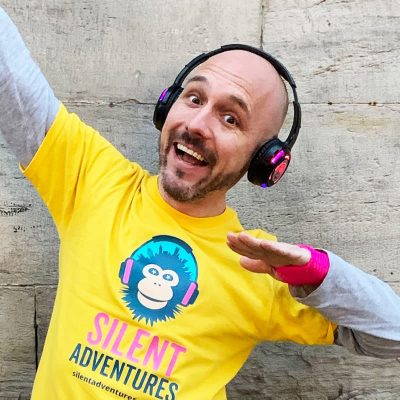 About a week before we were due to launch our inaugural “The Greatest Silent Disco Tour” in Newcastle-upon-Tyne, I decided it would be worth visiting the city to get a feel for its streets and general vibe. This was a Thursday afternoon and I spent the whole day wandering up and down with a growing sense that the these highly populated, wide open, pedestrianised paths had been laid deliberately for large groups of people to dance and sing their merry way around them. And it was clear, by around 5pm, that Newcastle doesn’t wait for Friday night to get the party started. The revels had already begun and folk were coming out in droves to lay the liquid foundations for a fantastic night of fun.

And so the day of the tour arrived. Sunday, 24th February, 2019. One final walk of the route to check all was clear, camera crew on standby, face-painter in position, headsets alight and footwear switched to dance-mode.

The first of our adventurers began to arrive at around 2:30pm, half an hour or so before we were due to launch. The kids quickly queued to have their faces filled with sparkles, barely able to contain their excitement as they bounced around singing the words to the songs from the show they all obviously knew so well.

And then we were away.

What an absolutely phenomenal tour we had! Singing, dancing, bouncing, laughing, serenading unsuspecting members of the public and wowing Newcastle with some epic, synchronised choreography from the one and only greatest showman himself, our amazing tour host, Chris O’Mara.

The unbridled joy of the group once we made it back to our starting point was clear on every smiling face and in every offered comment. I think there are a few hundred people, including our adventurers, every member of the public who experienced our passing and, of course, myself and Chris, who will never forget Sunday, February 24th, 2019.