Did you see a raucous group of revellers filling the streets of the capital with a symphony of sounds and a spiffing assortment of disco dance moves last Saturday? Well, it was only a matter of time before we spread our wings that little bit further and took to the thriving streets of London town.

For some time now, we have been looking to bring Silent Adventures to the south; ready to hit the streets and show the city what we’re made of. We finally made it from Edinburgh to London and what a journey it was! Launching a new city was always going to be a scary prospect but we knew London was ready for us and we weren’t wrong.

The day of our first London Silent Disco Tour finally arrived and an enthusiastic group of music-loving adventurers met us at The Admiralty on Trafalgar Square. Their faces were a picture – the perfect mix of excitement and anticipation (just what we like to see!). Once they’d picked up their headsets, they were set to go. The music started, reality hit and a man in a yellow suit beckoned them to the makeshift dance floor.

Of course, everyone was bound to be a little bit nervous to start with. After all, here they suddenly are, standing in the middle of one of London’s biggest landmarks with a set of headphones on and not having a clue what to expect. We start things slowly – all they have to do is copy the guy in the yellow suit. What can go wrong? Little do they know that in 10 minutes or so, they’ll be using the power of dance to get themselves from one side of town to the other.

After a brief performance of a Spice Girls classic to the customers of a quiet, little Italian restaurant and an unapologetic outburst of a Bon Jovi anthem to the Leicester Square Wetherspoons, I think everyone would have agreed that our adventurer’s inhibitions had well and truly been thrown out of the window. Seeing a group of people dedicating their Saturday afternoon to a public disco session is a sight to behold!

As we reach our final destination, everyone is a little startled at what has just happened but the joy on their faces is the best thing ever. The adventure complete, it’s time for a cold one and a wind down in The Admiralty, which I think is something we all well and truly deserve. What a success!

When we started planning to launch our tours in London over 6 months ago, we would never have expected our first one to go down so well. A bit of choral serenading and a douse of dad-dancing later, we’re super excited for the future and can’t wait to get back on those London streets.

Come and join us sometime – I promise you, you won’t regret it. The disco needs you!

Book tickets on our next London Silent Adventure 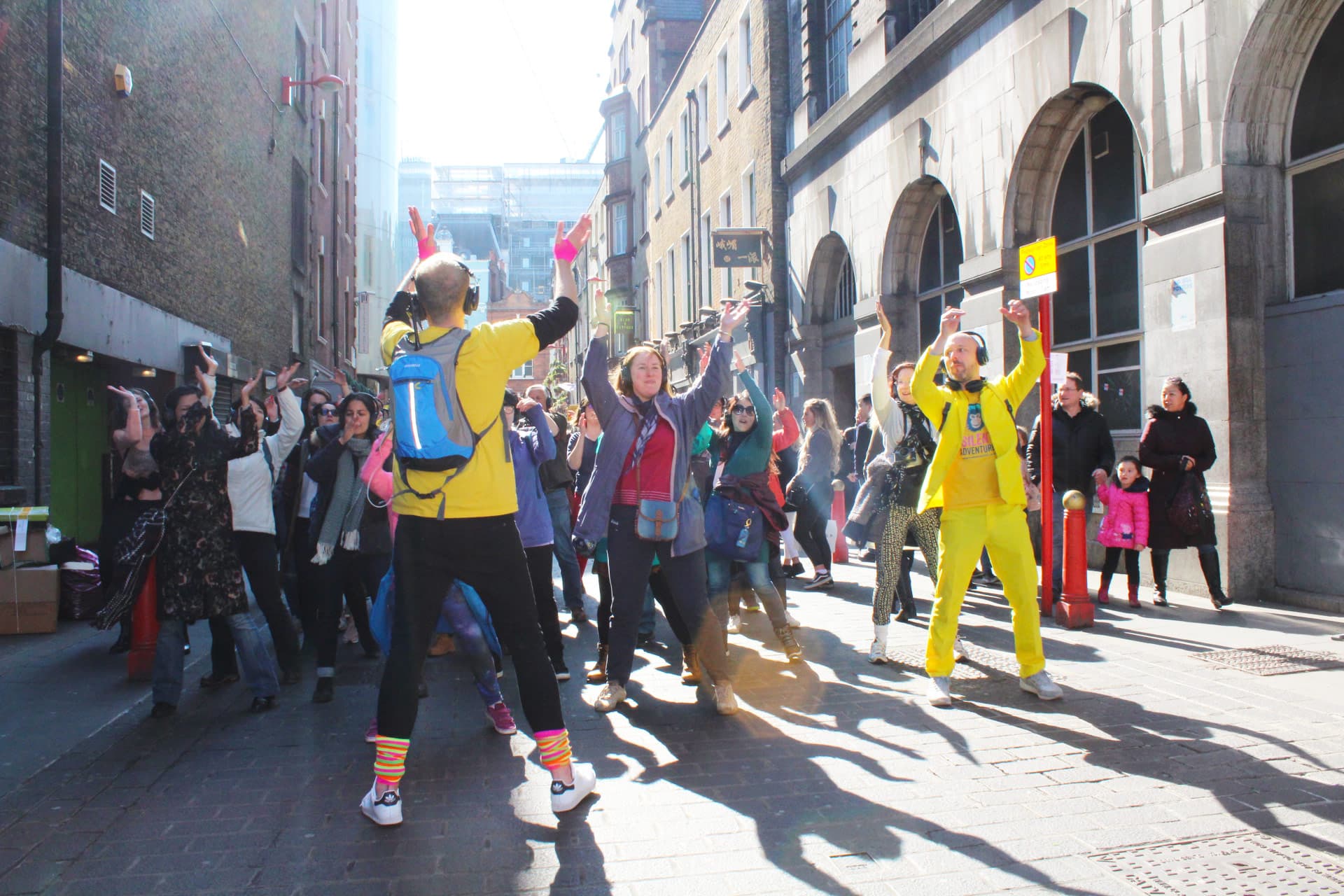 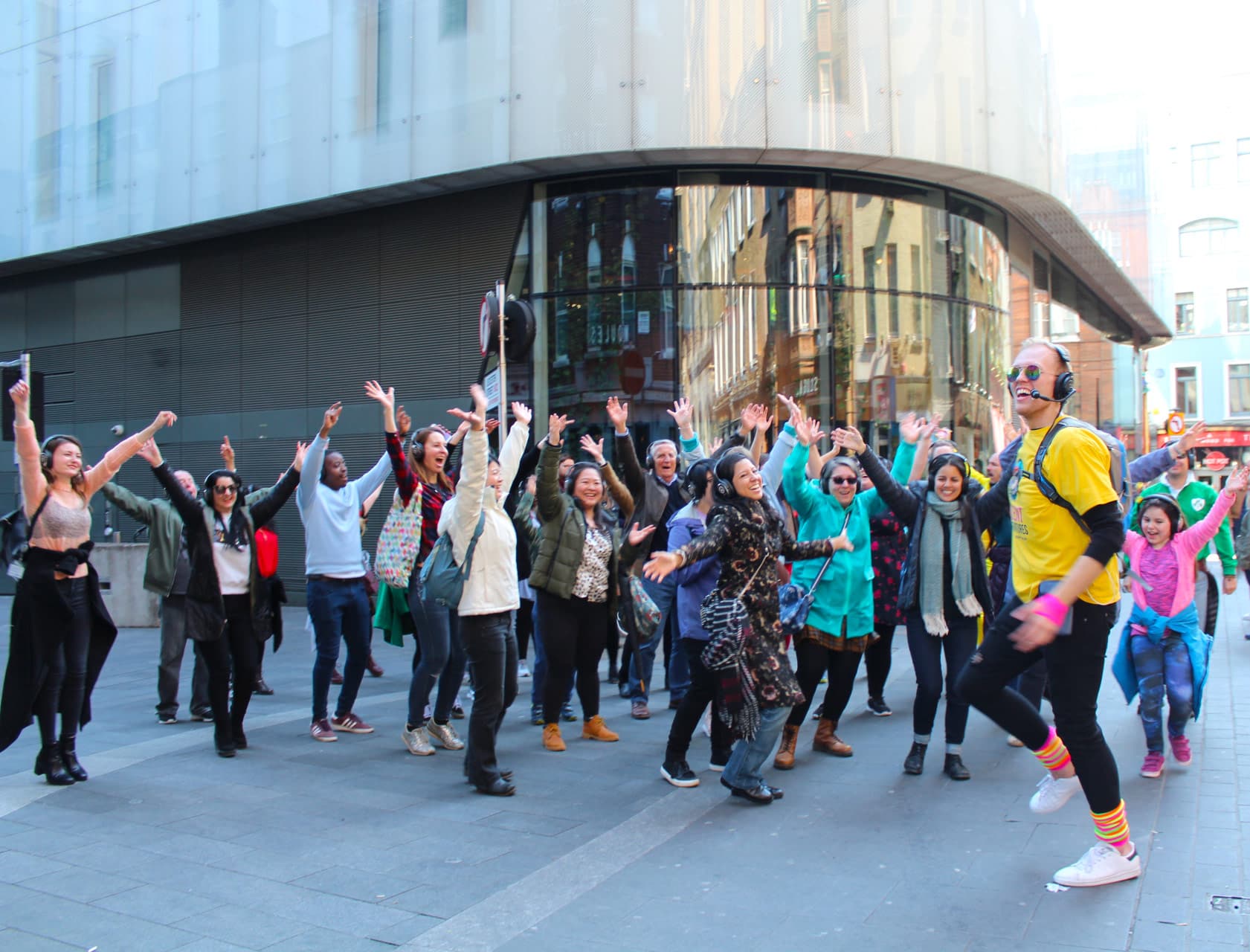 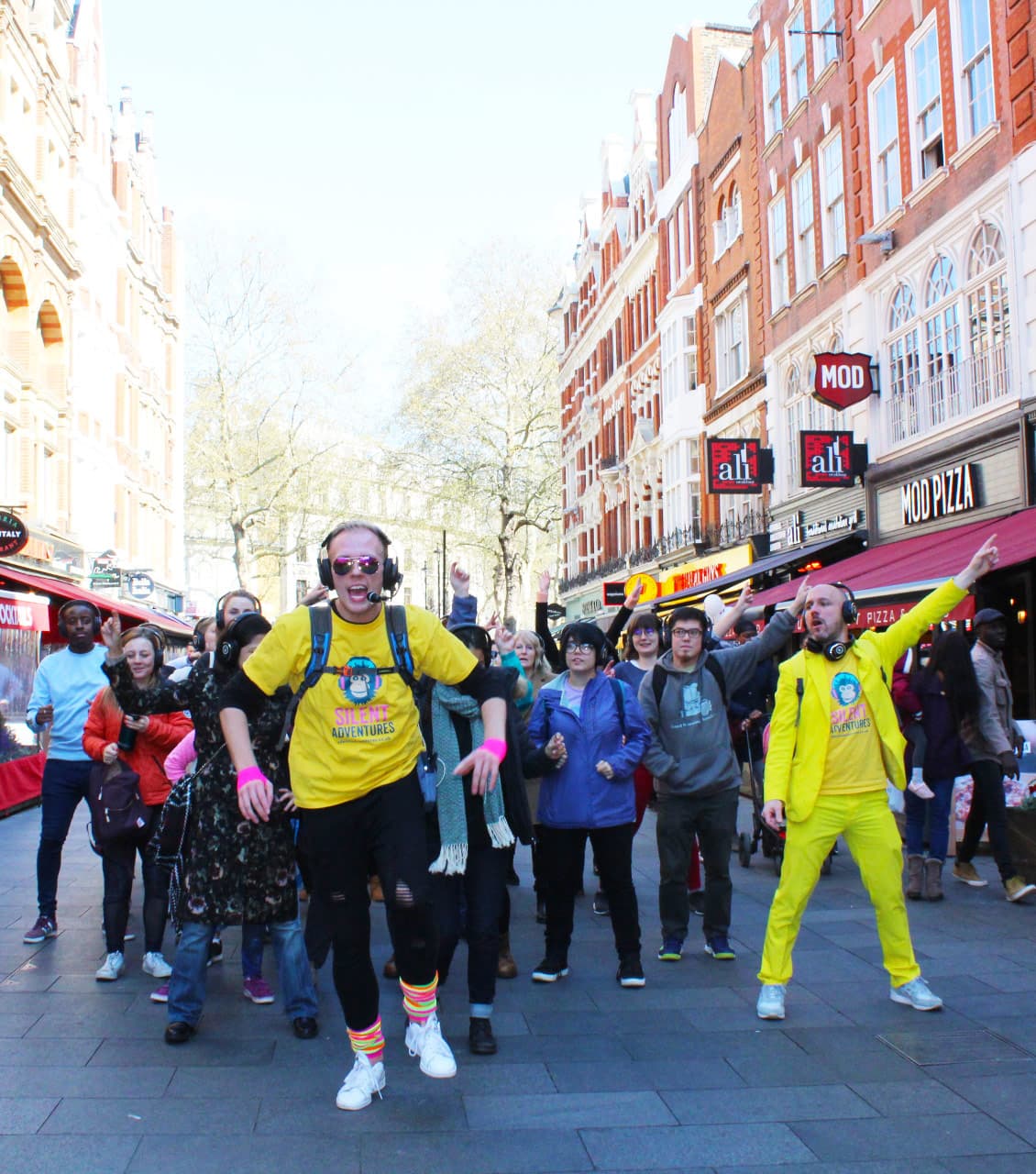 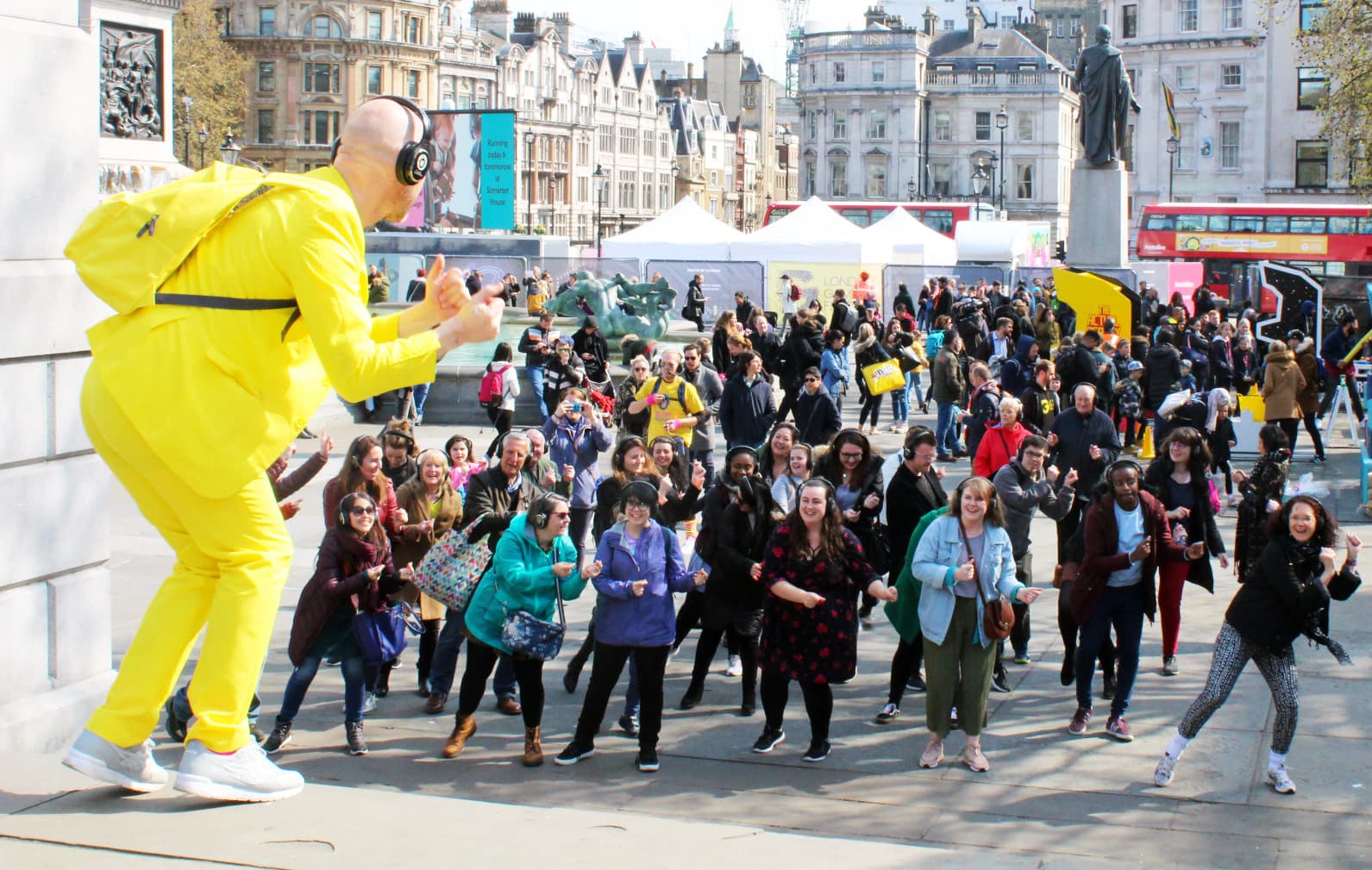 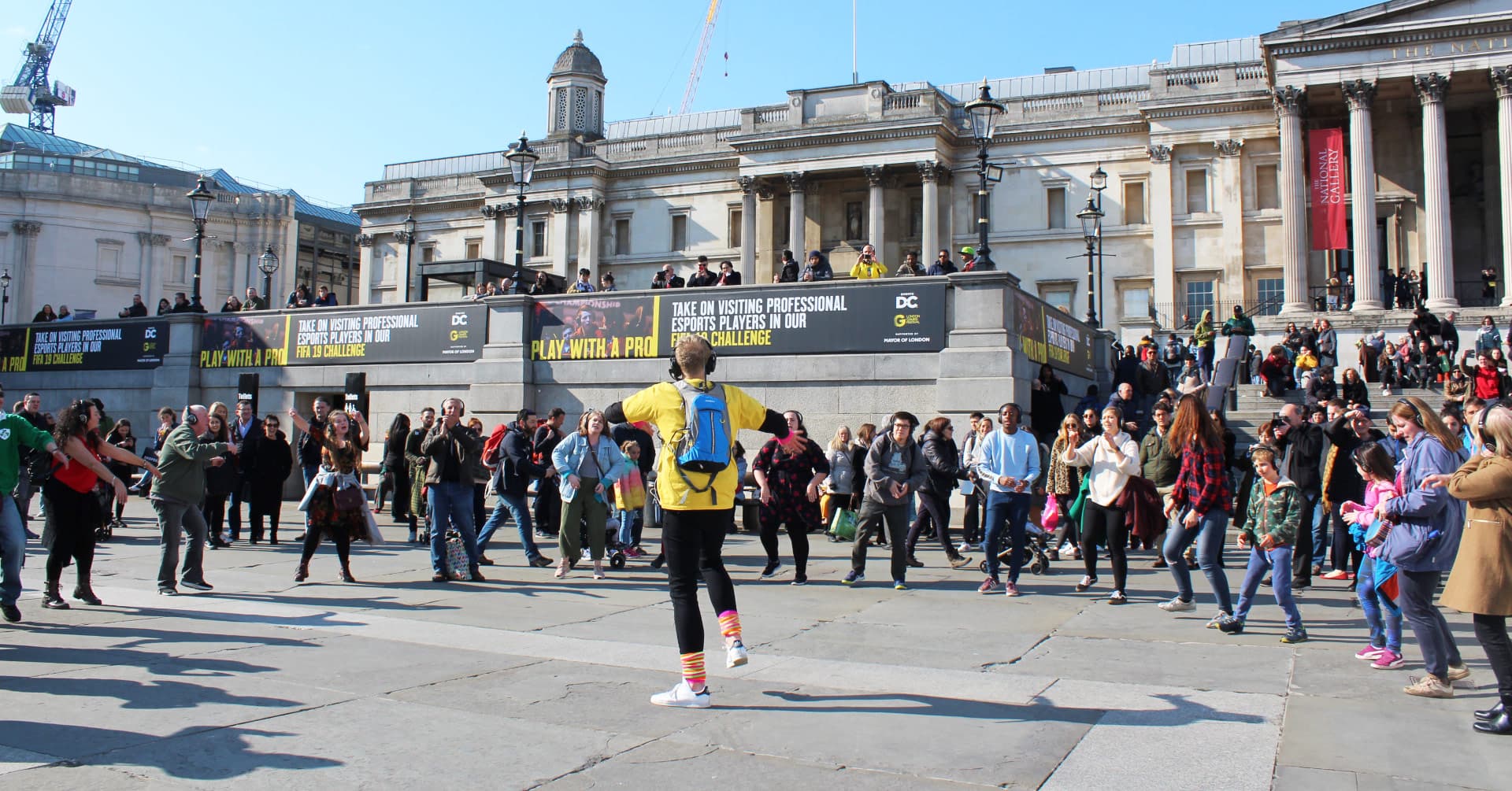 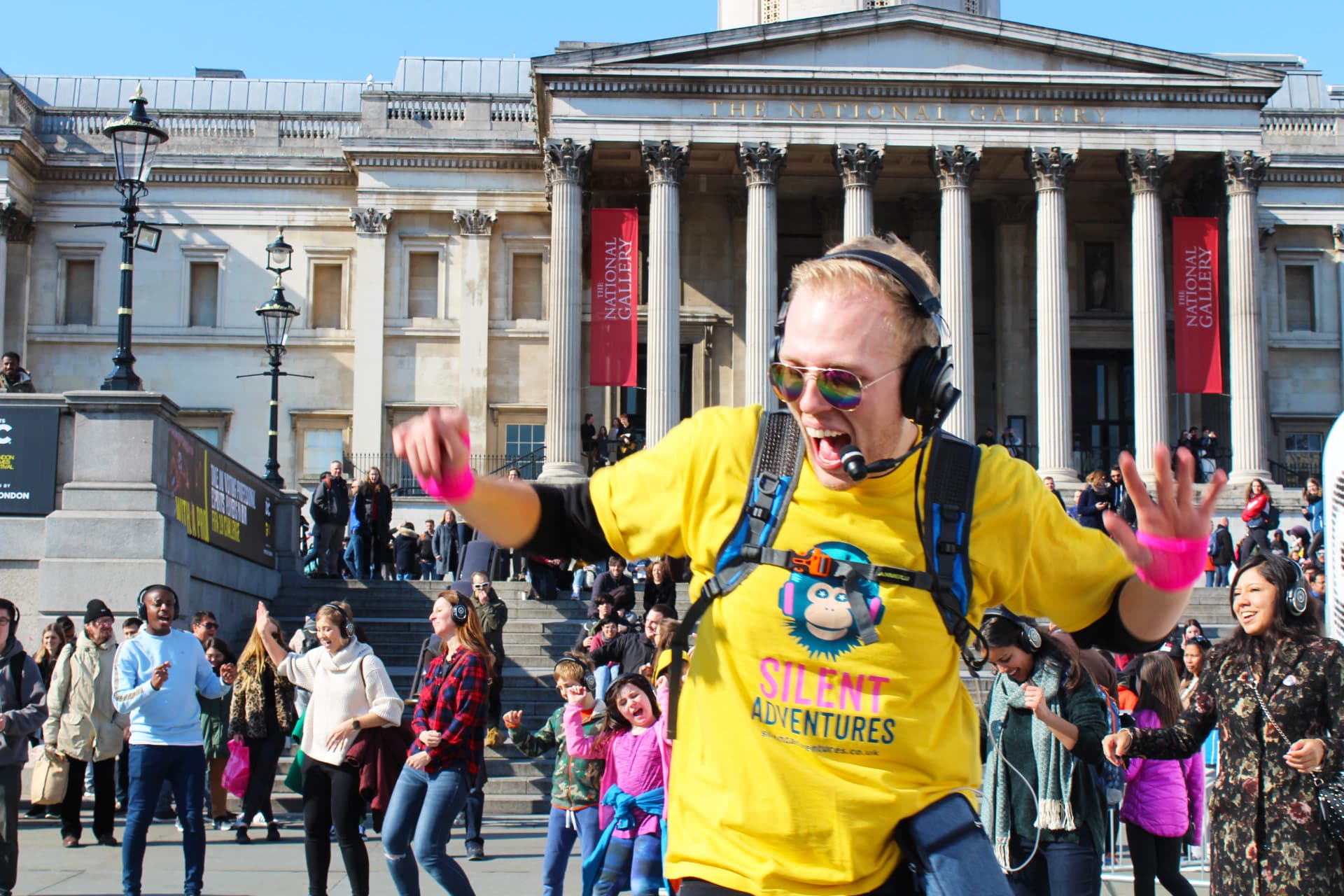 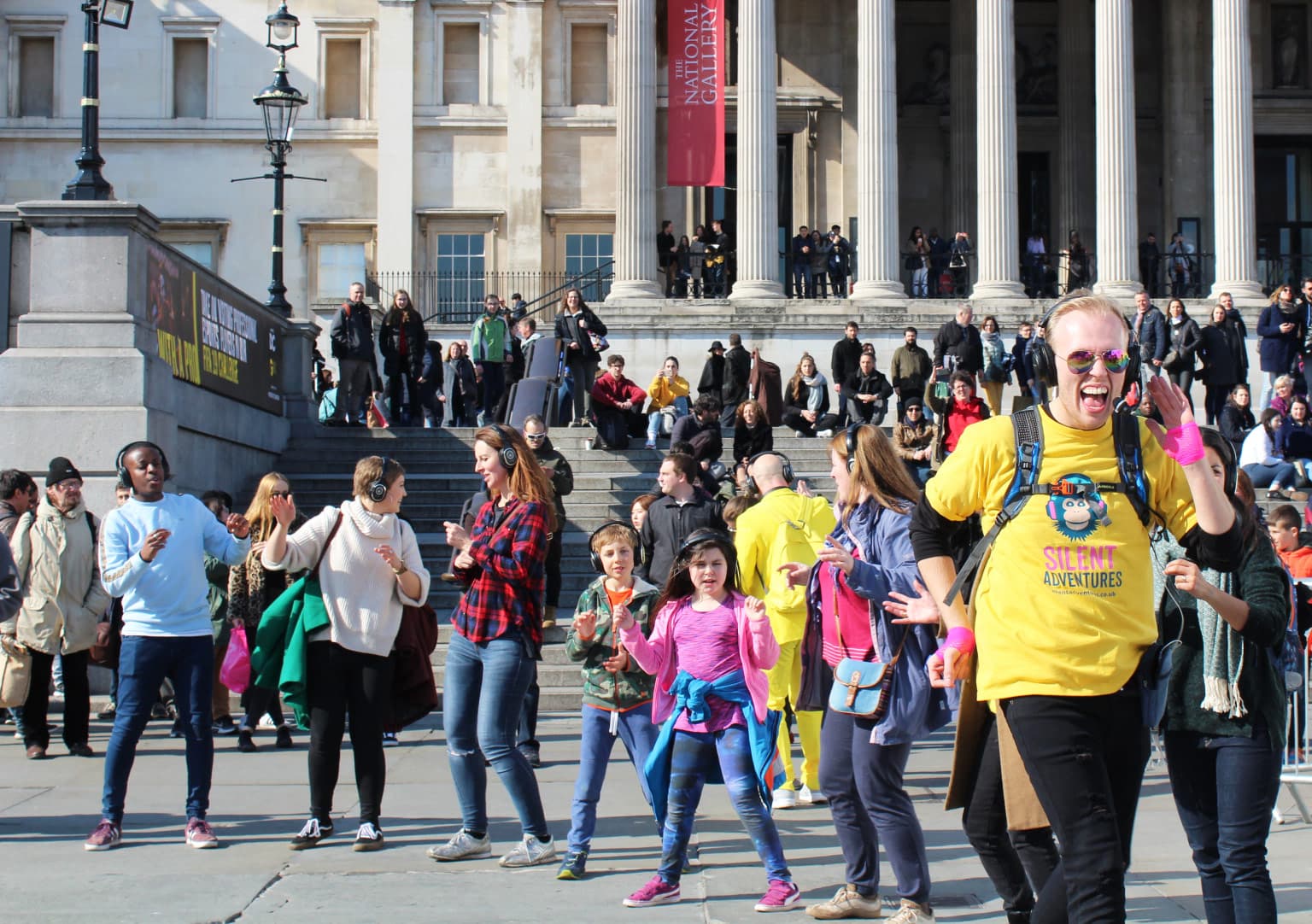 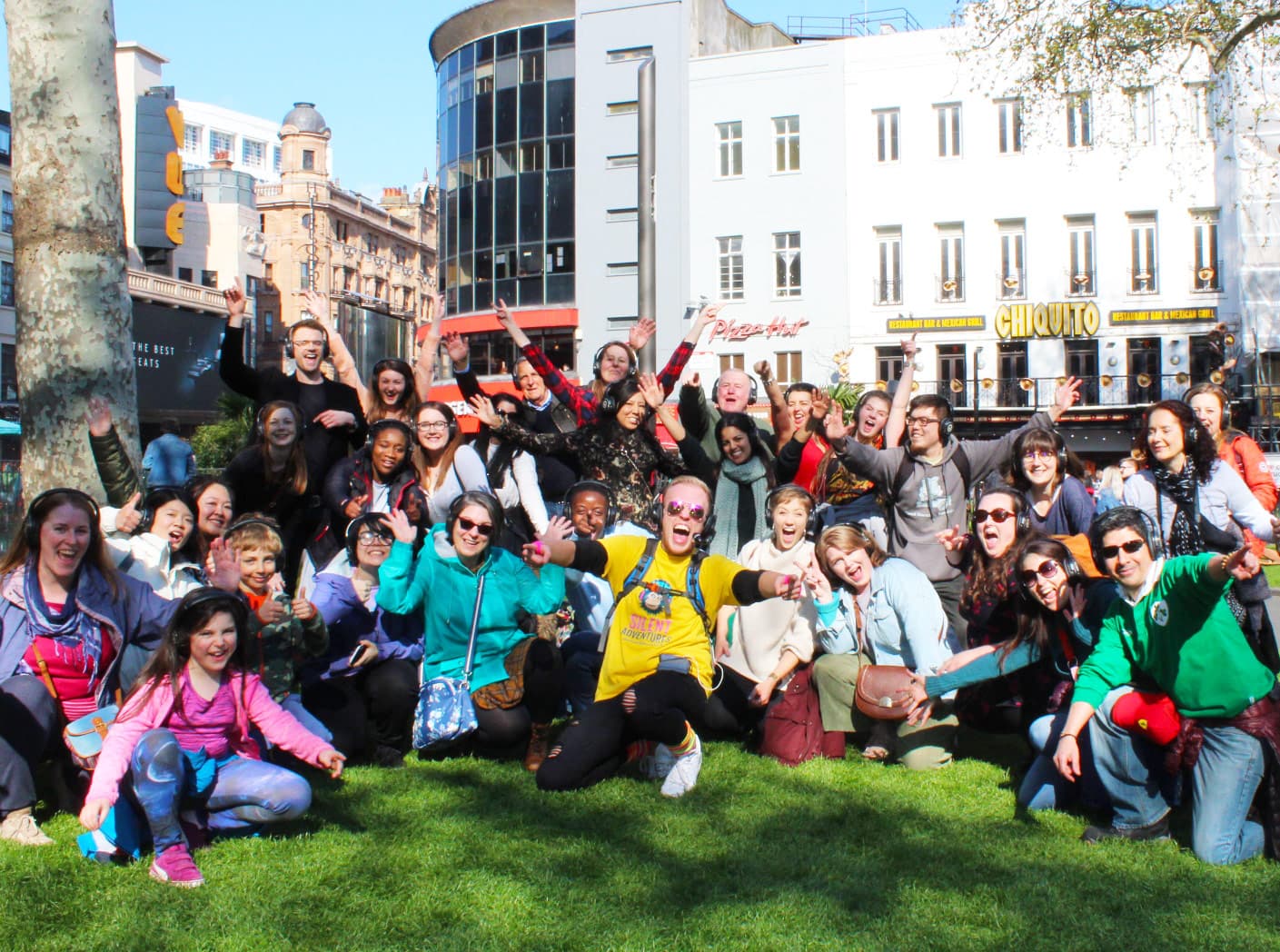 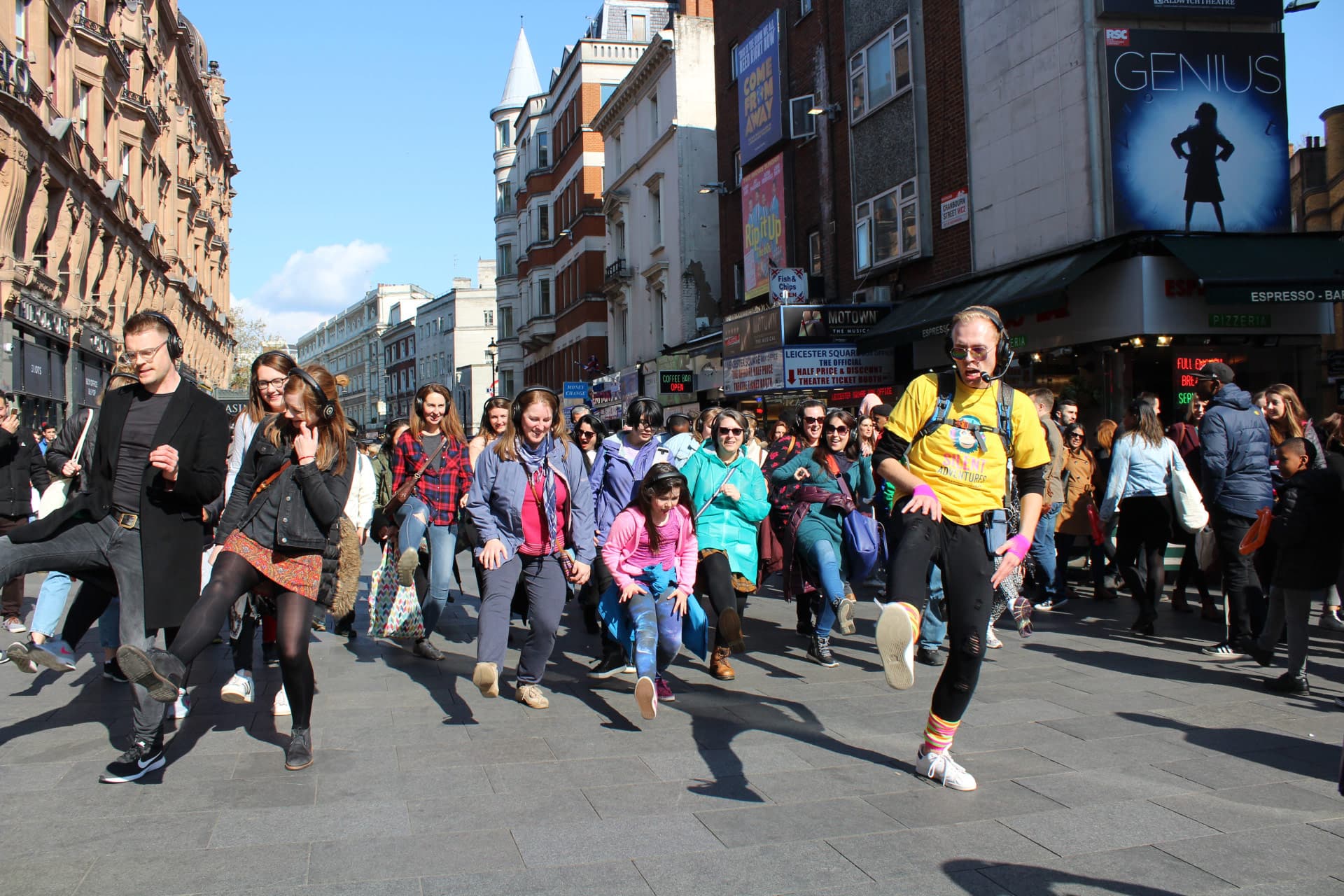 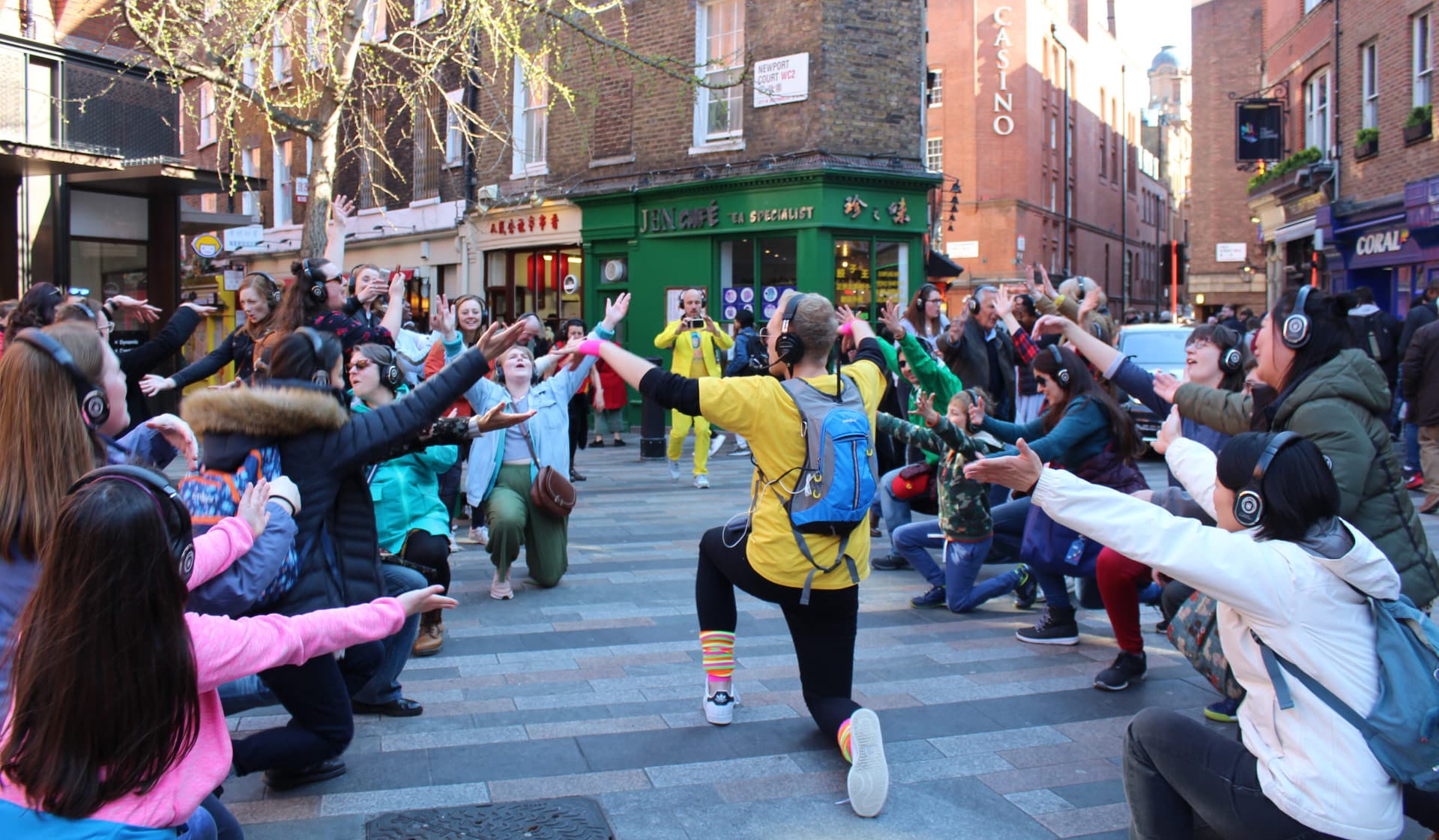 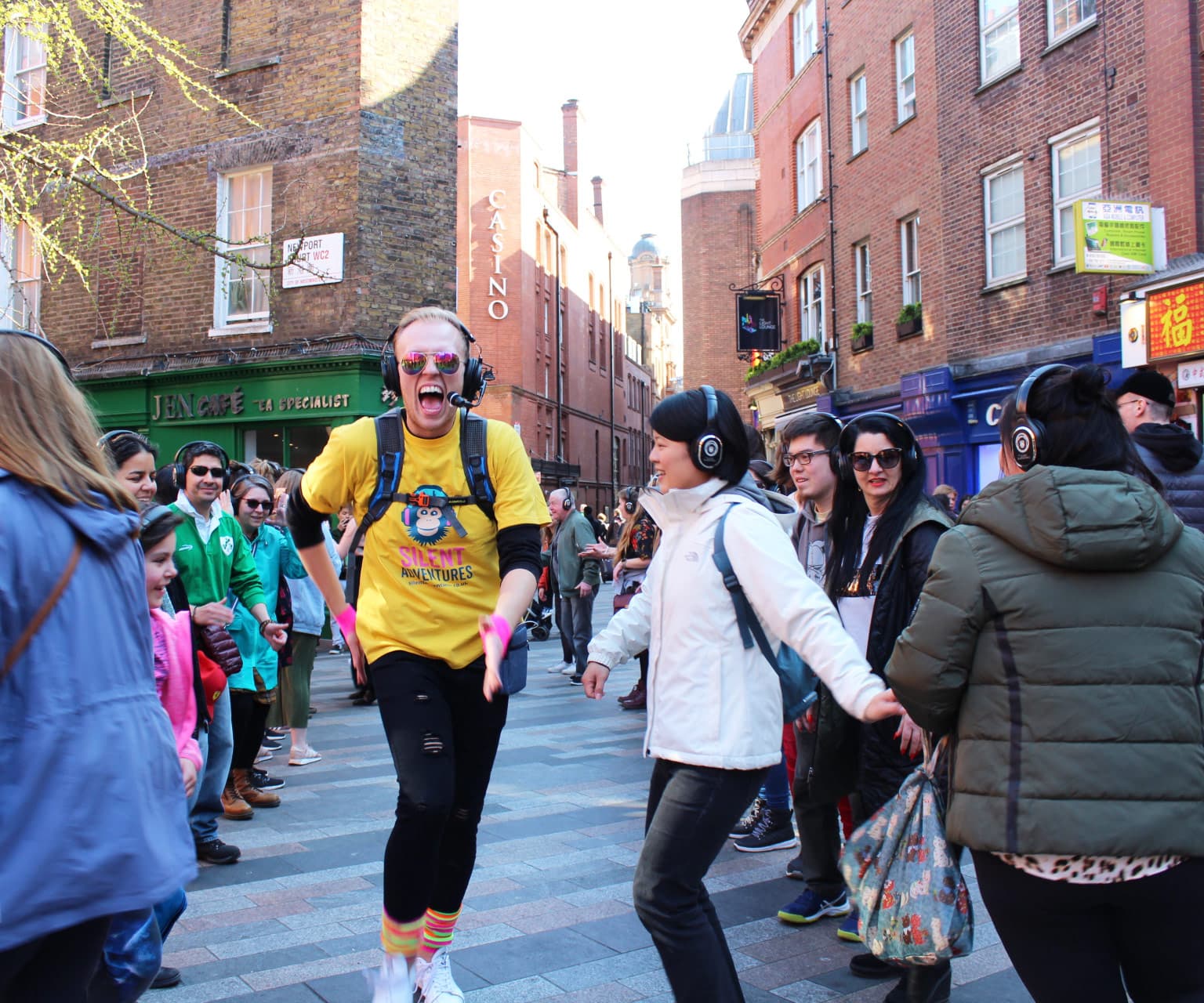