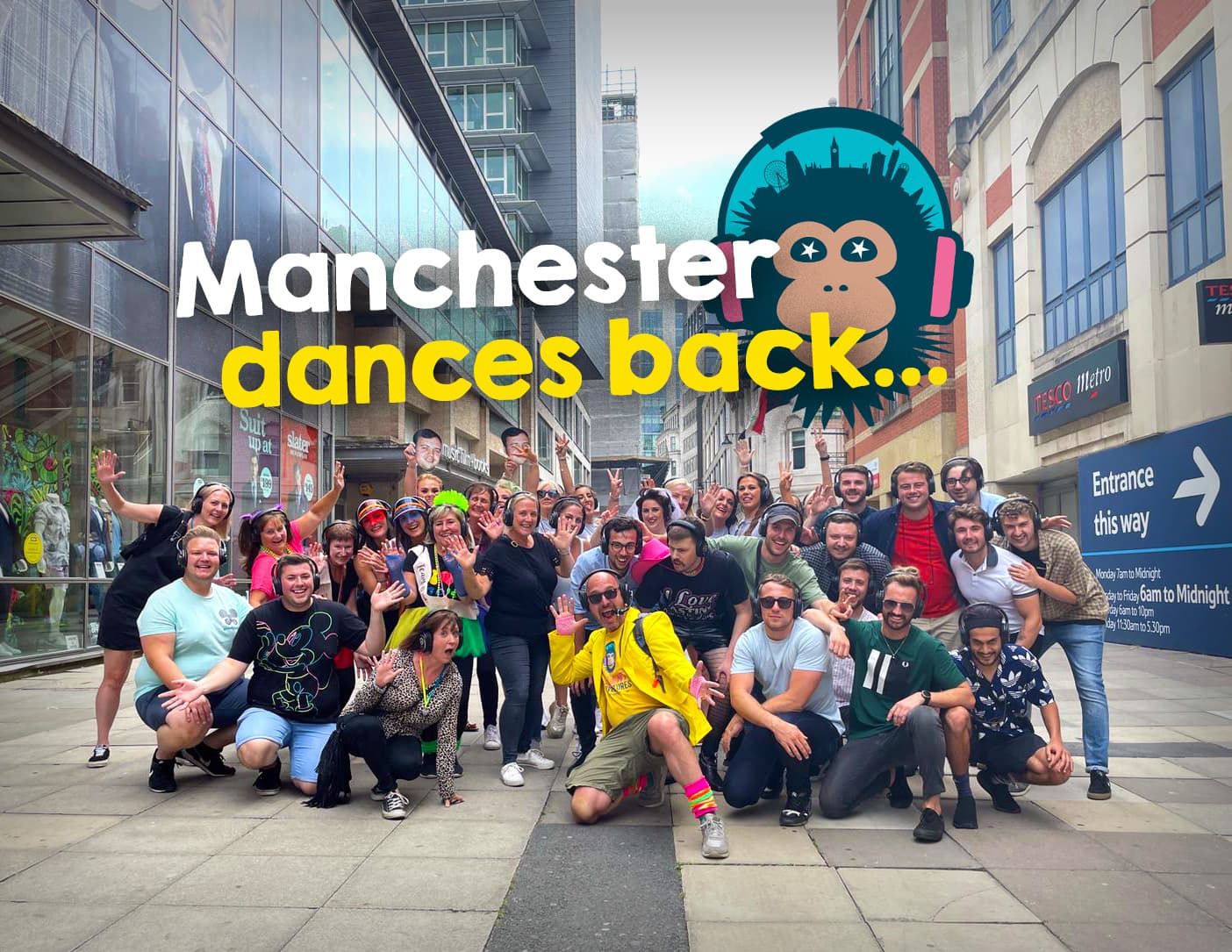 AND WHAT A DAY IT WAS…

The city was absolutely buzzing with an atmosphere so electric the hairs on the back of our necks weren’t just standing up, they were dancing and singing along as we boogied our way around the city, sporting our fantastic high-tech headsets and singing like Sally Cinammon at the tops of our voices to the banging tunes that only we could hear.

Some folk called out “it’s a flash mob!” and rushed to see what was going on, whilst others just joined in as our comedy adventure host led the group in impromptu dance choreographies and singalongs to strangers! The whole of Manchester, it seemed, had eyes and laughter only for us. A sea of smartphones captured the action and those not videoing us to share this strange but hilarious sight just gaped with eyes like saucers, danced along, added their voices to ours or bellowed in hysterics.

The sunshine was blazing, the experience was amazing and whilst we knew before we began that Manchester, a city with music flowing in its veins, would not disappoint, we could not have expected to it to have been quite as passionate a party as it ended up being. Every single person who got themselves a ticket to the adventure went away afterwards having told their host that “this was the best thing I’ve ever done” and “we have GOT to do this again” and “that was soooo funny, my ribs are killing me from laughing!”.

And so to next week when we do it all again! Tickets are sold out for next Saturday but we’ll be back again on Saturday 7th August and every Saturday after that. So come on! Get in on the best roaming party in town… 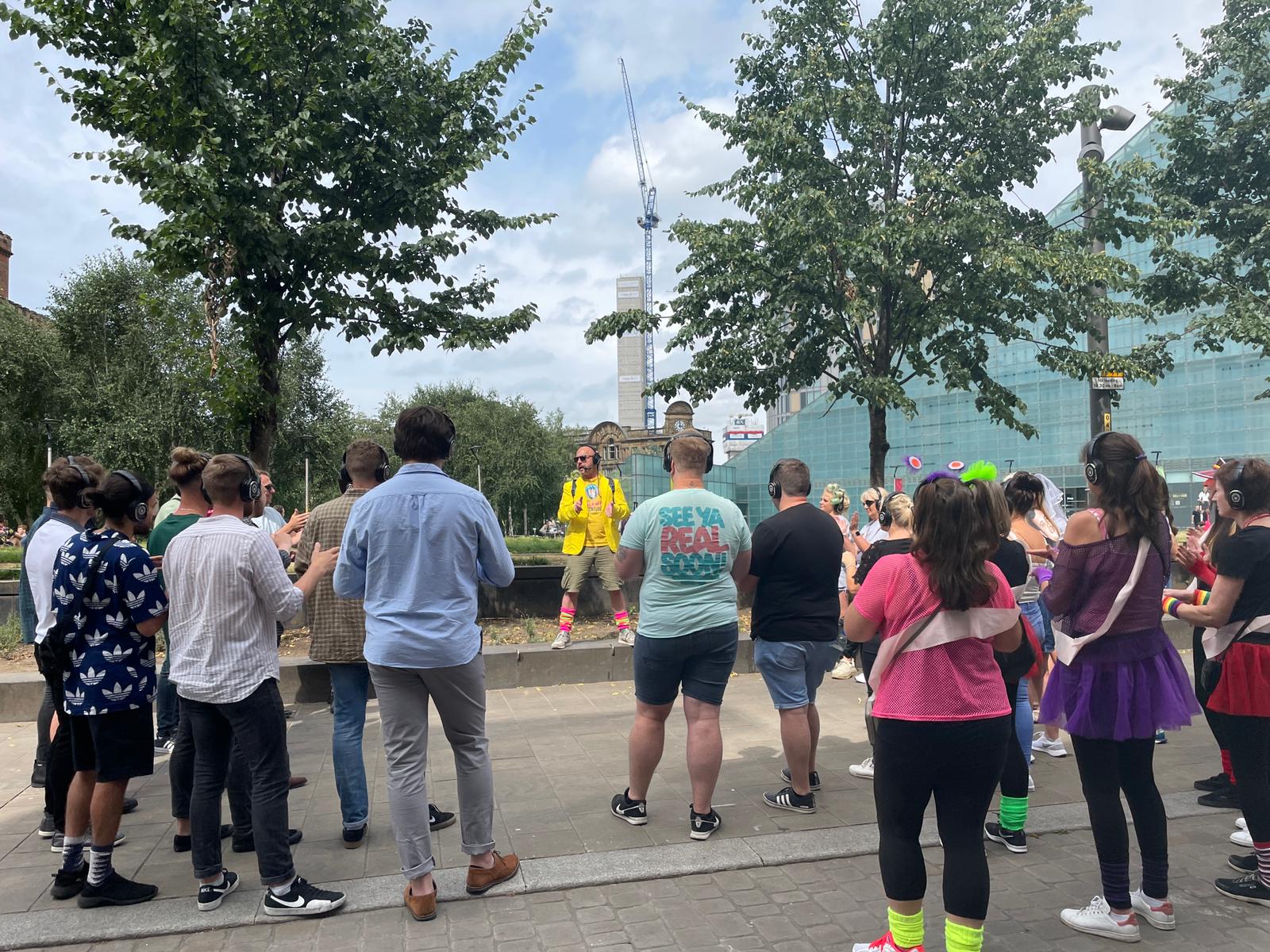 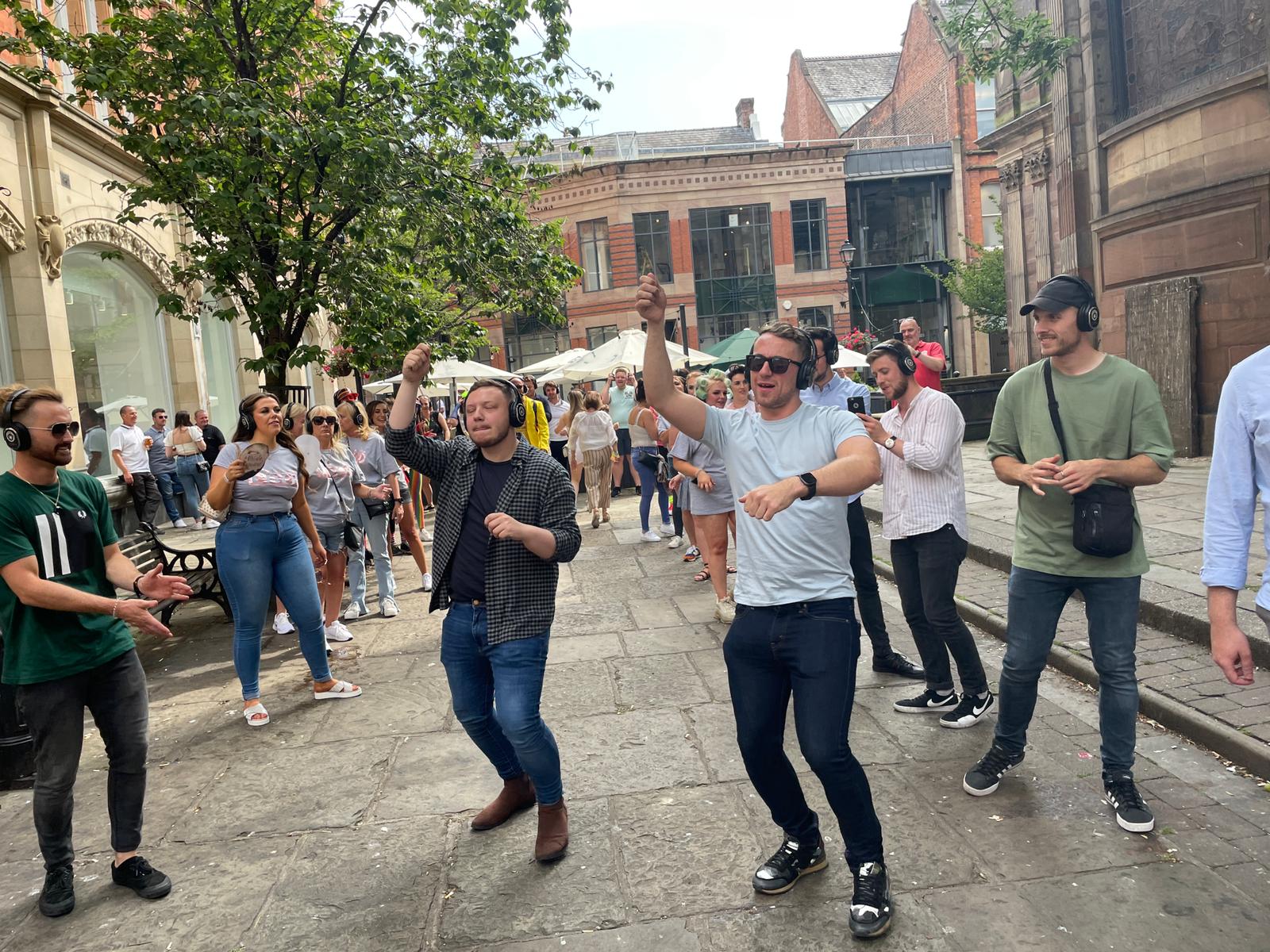 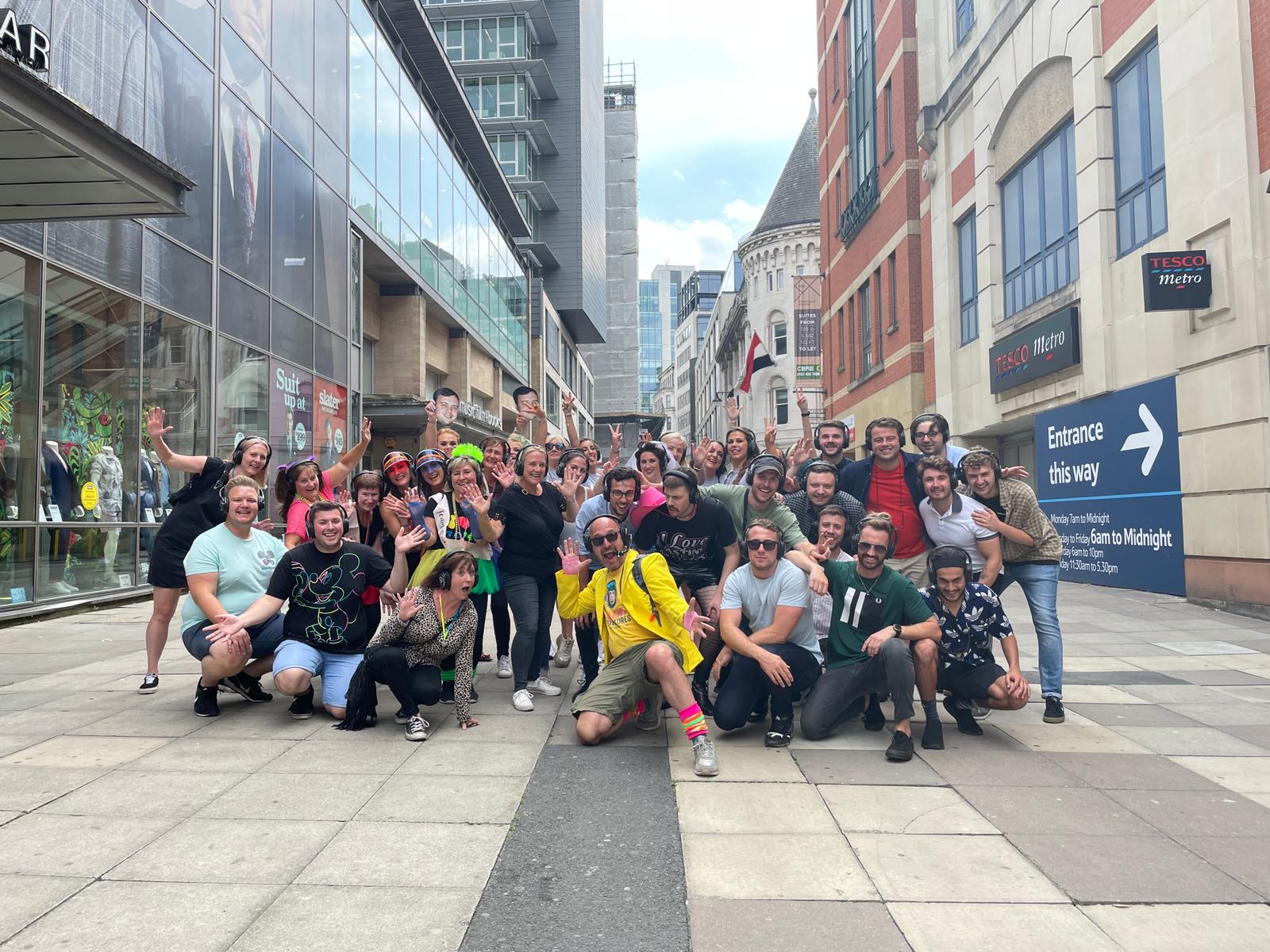 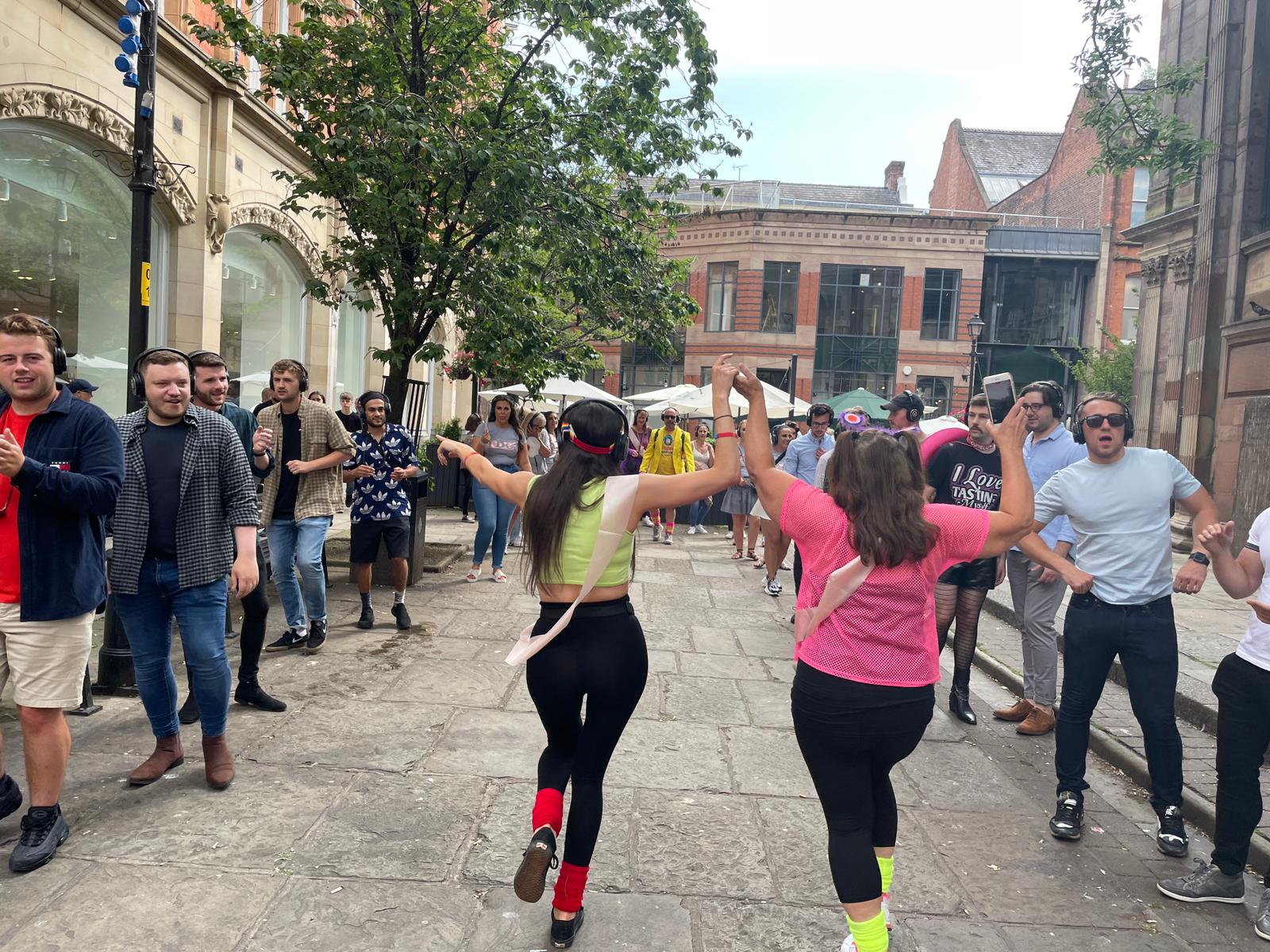