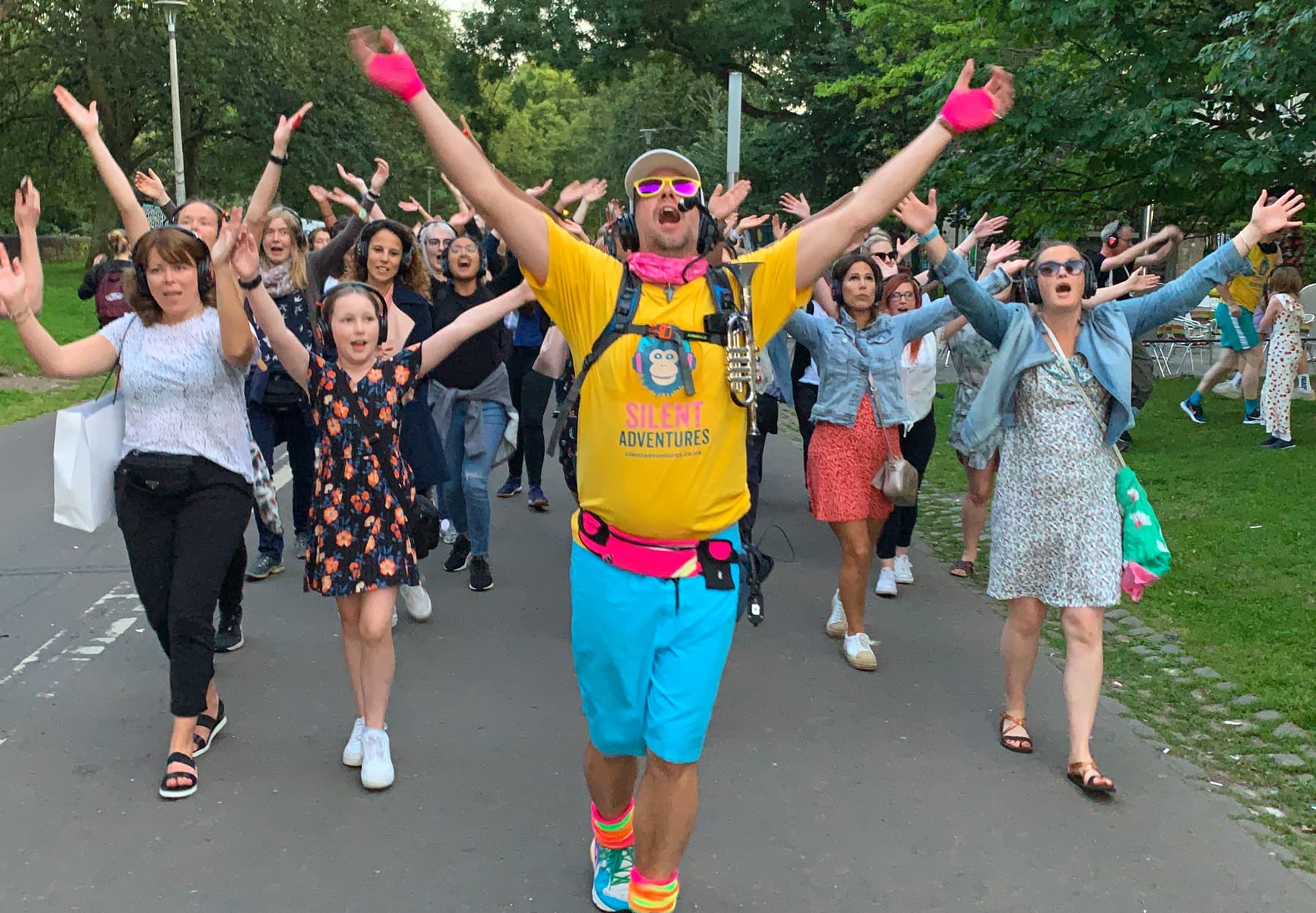 Last month as part of Bedford Fringe Festival, the award-winning Silent Adventures team took a disco-hungry bunch of the town’s groovy inhabitants on a silent disco walking tour in London and it’s safe to say, we brewed up quite a hilarious storm! Partnering with The Quarry Theatre, we’re ecstatic to announce we’ll be making a return on the 7th September to strut our stuff through Bedford Park as part of SpectaculArts Street Festival! Yay!

So “what on earth is it?” we hear you ask. Well, it’s a flash mob. It’s a silent disco. It’s a roaming, rhythmic riot of frolicking fun and general stupidity. Silent Adventures’ state-of-the-art broadcasting technology allows us to take the party on the road…quite literally! We’ll sing, dance and laugh our way through a jam-packed playlist of your favourite hits, theme songs and tantalising tunes from across the decades. And what’s better…you can come along for FREE!

Tours start from The Theatre Quarter on the Street Festival site at 12pm, 2pm and 5pm on Saturday 7th September 2019. Click below to book your free tickets NOW!

Come on, you know you want to! Your moves are awesome, you just don’t know it yet…